Following the 2018–19 winter season, four Pingree student-athletes—Colby Shea '19 (varsity girls basketball), Felix Kloman '20 (varsity boys basketball), Katelyn Clarke '20 (varsity girls hockey), and Brendan Driscoll '20 (varsity boys hockey)—were each recognized as league Player of the Year. Voted on by coaches across the league, Brendan was named Most Valuable Player for the Holt League for Boys Varsity Hockey. Colby, Felix, and Katelyn were all named EIL Player of the Year in their respective sports and selected to the Boston Globe and Boston Herald All-Scholastic Teams. In light of their accomplishments, Colby, Felix, Katelyn, and Brendan reflected on their most memorable moments of the season. 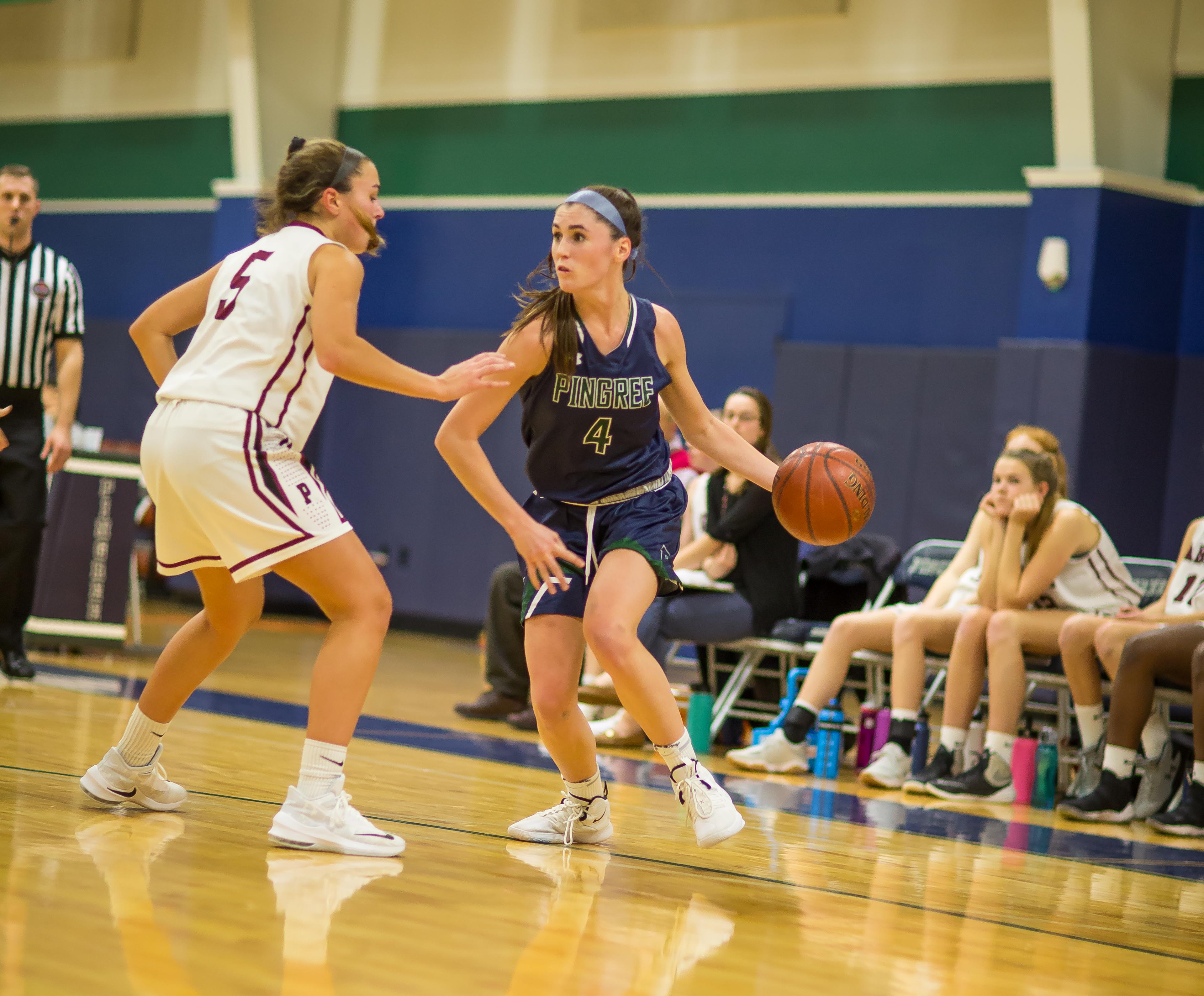 For Colby, the highlighted girls basketball game against Governors Academy resonated as a moment of pride. "It made me feel really proud to be part of the Pingree community when so many students and faculty came to support us. We fought hard to make it a really close game and almost pulled off the win. This is probably the moment I will remember the most about my high school basketball career." 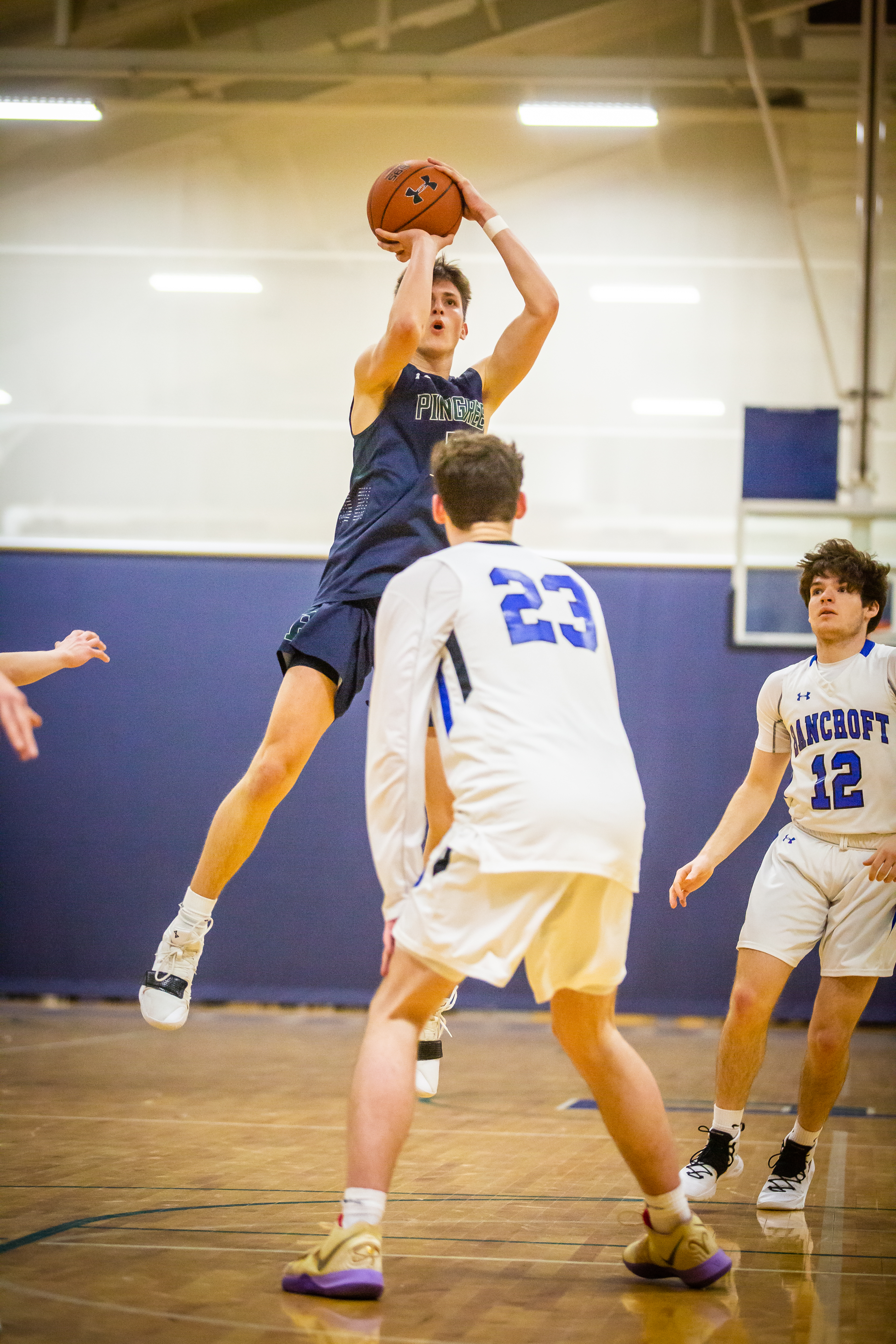 Felix reflected on the boys basketball team's growth throughout the season. "Being a younger team we came into the season not completely in sync, but by the middle of the season we really came together," he explained. This progress led to his most memorable moment, which was the team's win over Beaver Country Day for the first time in ten years. Felix also considered his personal growth as captain: "I was happy to get the chance to be a leader on the team in my junior year. I plan to sharpen my leadership skills and take what I've learned into my final season at Pingree." 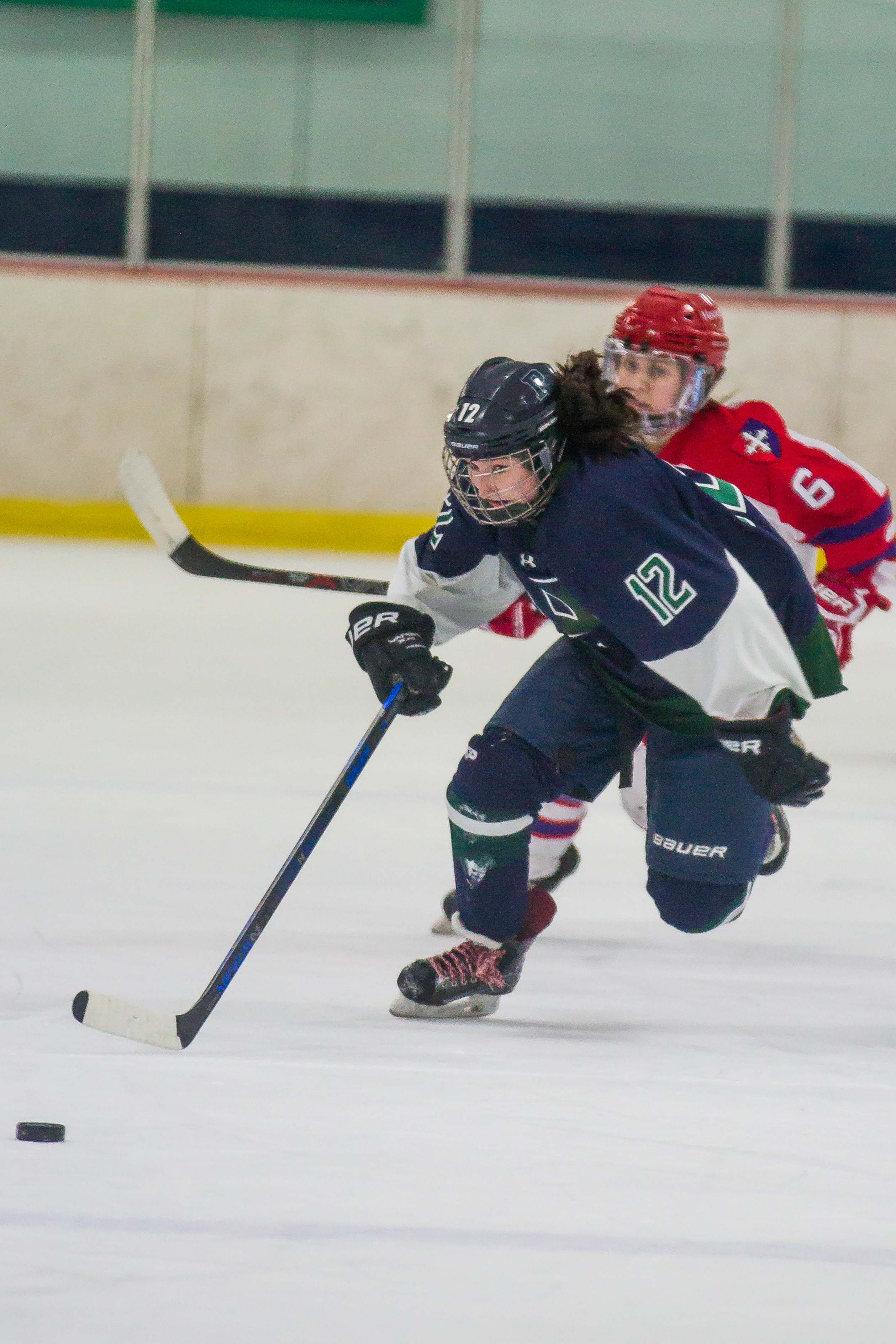 Katelyn commented on the effort that went into the girls hockey season to reach both the team's goals and her personal goals: "The team worked hard all season to achieve our goal of making it to the championship game and ended our season 10-2 [in the league]. Although we fell short in the last game, we were so proud to make it that far. Another big moment for our team was the game against Vermont Academy. It was a huge accomplishment which ended in a tie against a nationally-ranked team. I was happy to lead the team this year as a captain and I look forward to being captain again next year. I was proud to hit one of my personal goals, which was to reach 100 points this season."

For Brendan, the boys hockey season was made memorable by the team's success and the support of his brother: "I was proud of my team for beating Roxbury Latin 6-5 in overtime and reaching the Holt Conference championship. I was most proud of reaching 50 points for my season total, and enjoyed playing with my younger brother, Ian, who had 48 points. Without my brother playing with me there is no way I could have reached 50 points."

Congratulations to Colby, Felix, Katelyn, and Brendan on their tremendous accomplishments!