BUILDING SKILLS AND RELATIONSHIPS for 8TH GRADE, HIGH SCHOOL, and BEYOND

With the goal of assuring more access to high quality education, the dual mission of Prep@Pingree is to provide an ongoing academic and cultural enrichment program for talented, hard-working, middle school students predominantly from underserved communities and to strengthen the Pingree School community. 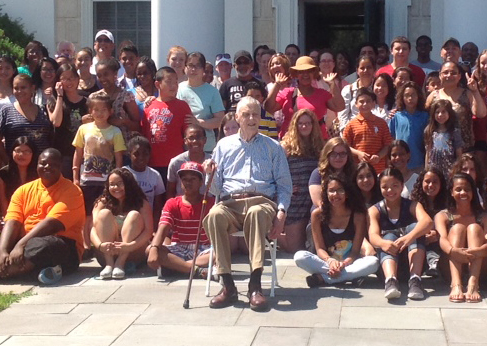 Who was Malcolm Coates?

Those who know Prep@Pingree's history best understand what we always tell people who are learning about Prep@Pingree: "No Malcolm Coates, no Prep@Pingree." A retired head of several independent schools, Malcolm Coates boldly articulated a vision for Prep@Pingree—an academic enrichment and secondary school scholarship program that makes a permanent impact on young people and the excellence and relevance of Pingree school for nearly two decades.