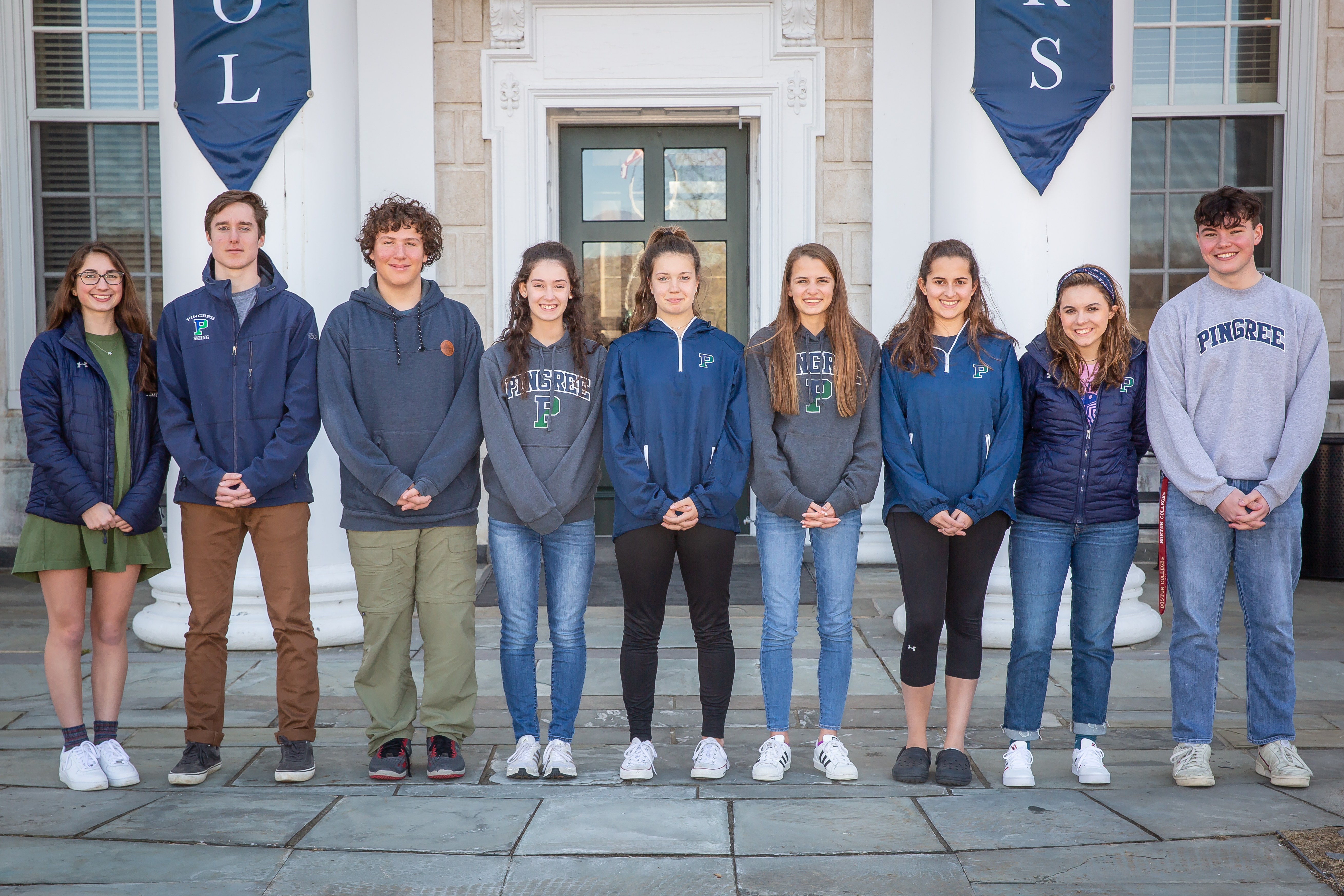 The Pingree Sailing team is a coed varsity sport. We sail a competitive schedule against North Shore high schools. Pingree owns a fleet of six 420s and practices and races out of Sail Salem in Salem Harbor. In addition to competing against local high schools, Pingree also team races other ISL and EIL schools (Belmont Hill, Concord, BB&N, and St. John’s Prep). Pingree Sailing has earned a winning record over recent years in the Mass Bay League and regularly competes in the Massachusetts State Sailing High School Championships.

Steve arrived at Pingree this past fall as the part-time technical theatre director. Little did he know that Pingree would be a window for sharing his other passion, racing sailboats! Steve learned to sail as a teenager in Hobie 16’s in the waters of Nantucket and Marblehead and has been racing for almost as long. He has campaigned boats ranging from Lasers, Mercuries, and Sonars, to Shields, and an Express 27 in PHRF fleets.

Steve met his wife Jody while racing and together they compiled several dinghy championship awards, his favorite being a 1st overall during the 1994 NOODS off Newport in the Tripp 26 class. While Steve and his wife no longer actively campaign, they enjoy sailing the North Shore in their classic Herreshoff 12.5.

Allison Angelico has been teaching Spanish and assisting the Sailing team at Pingree for the past four years. She graduated from Gordon College with a B.A. in Spanish and earned her Masters from the University of Granada in Spain. Allison is also a co-coordinator for the Barcelona exchange and a New Teacher Mentor.