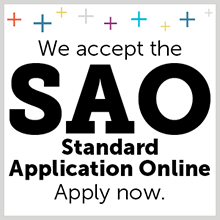 Each year Pingree awards a scholarship to two ninth graders through our Pingree Scholars Program. These Scholars will receive a 50% tuition reduction in each of their four years at Pingree, in addition to any need-based aid. Scholar finalists will be chosen from those candidates earning the highest scores on the ISEE or SSAT test. In addition to performance on the exam, the Admission Committee reviews the candidate's academic standing, effort demonstrated in current school, citizenship, and participation in extracurricular activities. All Pingree applicants are considered for the Pingree Scholars Program.

All remaining finalists receive a $30,000 merit scholarship which will be distributed in $7,500 yearly awards during their time at Pingree.

During the school year, Pingree Scholar winners will attend a luncheon with Dr. Johnson and Ms. Brown to share their Pingree student experiences and provide input on the future of the school.

What about Financial Aid?

Pingree Scholars can apply for financial aid above and beyond their scholarship amount. Pingree encourages all candidates to apply for financial aid. Pingree will review the financial aid need of those who do not receive Pingree Scholars Award. Families interested in receiving aid should contact the Admission Office and request a Parent's Financial Statement (PFS). Completed forms should be submitted to the School and Student Services for Financial Aid in Princeton, New Jersey. The Financial Aid Committee will review these forms.